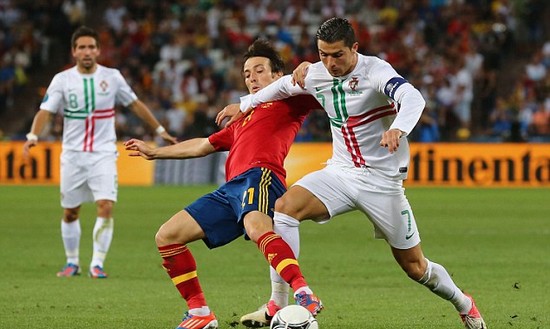 As for the majority of the game, Paulo Bento’s Portuguese team would have been the happier. There wasn’t a shot on target from either team until Xavi drove a 25-yard effort in to the midriff of Rui Patricio in the 68th minute and that did say much for the nature and the organisation of Portugal’s defending.