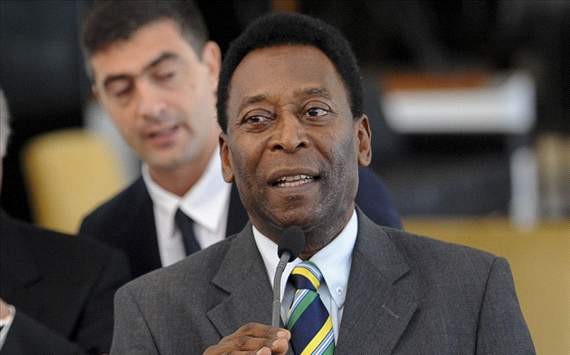 Pele has expressed his admiration for the current Spain side but insisted that if Vicente Del Bosque's men are not as good as Brazil's World Cup winners of 1970.

Having become the first side to win three consecutive major tournaments on the back of their Euro 2012 success, La Roja are now being touted as the finest international team of all time.

However, Pele still believes that the Selecao side which triumphed in Mexico 42 years ago had more truly great players within their ranks.

"If I were playing, we would win, no doubt," the former Santos star is quoted as saying by Reuters. "The 1970 side set the standard by which others are measured.

"These comparisons will always be there, but you cannot compare them individually. But the 1970 team had better players than Spain, who have only two or three great players.

"But without doubt, this Spain team plays the football that I have enjoyed watching the most over the past two generations."

As well as Pele, who is regarded by many as the greatest player of all time, Mario Zagallo's World Cup winners also boasted fellow footballing legends such as Carlos Alberto, Clodoaldo, Jairzinho, Gerson, Tostao and Rivelino.

In a recent Goal.com feature, we asked if the current Spain crop are the greatest international team of all time, with 43.67 per cent of our readers crowning the 1970 Brazil side with the honour in a subsequent poll, pipping Del Bosque's charges to the post by a meagre 1.71%.