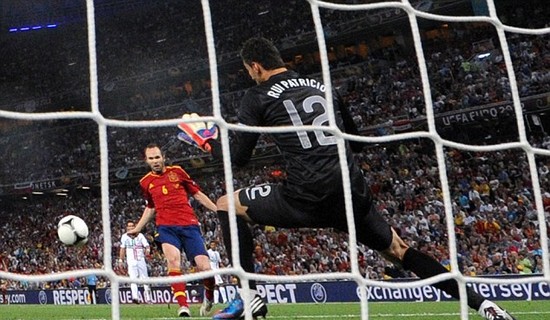 Extra-time belonged to Spain in terms of territory. Perhaps the Portuguese had tired. When the chances came, though, they didn’t go in as Iniesta was denied point-blank by Patricio in the 103rd minute and Navas’ angled shot palmed clear eight minutes later.

As it turned out, the drama was yet to come. For the first time in history we were left talking about a penalty shoot-out that ultimately revolved around a guy who didn’t even take part.