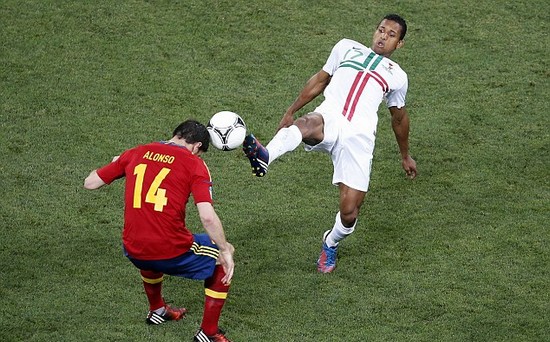 Many of those who were here appeared to be from Russia and for reasons best known to themselves they occasionally booed and whistled when Spain had the ball.

Maybe it was because of a love of Ronaldo or maybe they had bought in to the pre-match talk of the Spanish playing boring football. Whatever the case, it was very strange.