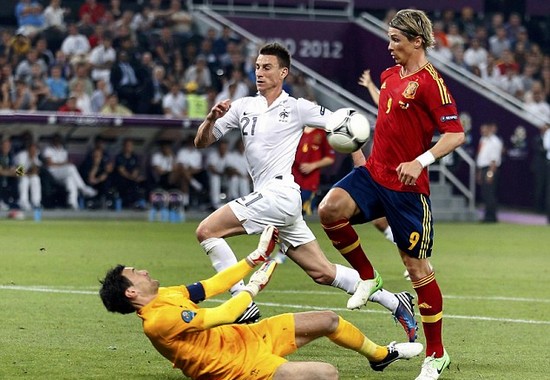 Casillas’s only work in the closing stages came when he had to hold Ribery’s cross-shot with Jeremy Menez ready to pounce on the rebound.

Spain gave the final scoreline a slightly flattering feel when substitute Pedro was bundled over by Anthony Reveillere and Alonso emphatically scored from the spot.

'The team was phenomenal and, personally, I am very satisfied with the two goals,' said the 30-year-old goal hero. 'We didn’t have that many chances but we completely controlled the match.'