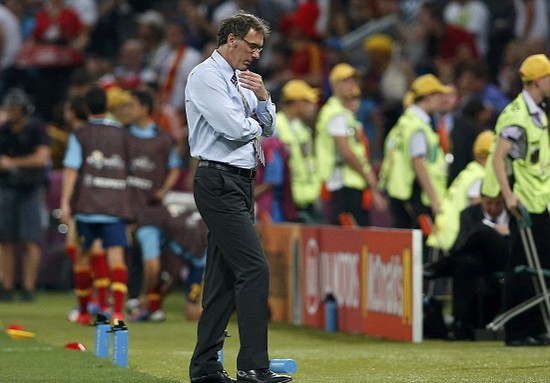 Plenty to ponder: It wasn't a night to remember for France coach Laurent Blanc

Former England striker Michael Owen tweeted afterwards: 'Nothing I’ve seen has made me change my mind. Spain to win it, beating either England or Germany in the final.'

And despite Spain failing to display the same form as two years ago in South Africa, it would be a brave man to bet against them. Striker, or no striker.