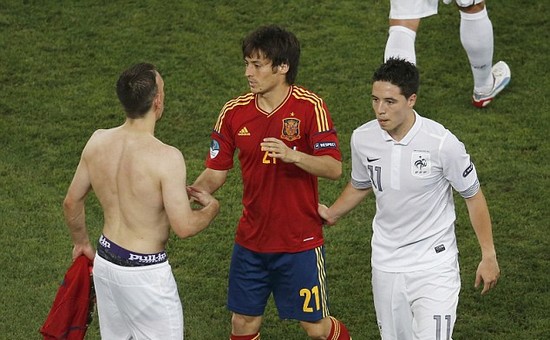 France, who had lost their  23-match unbeaten run in their final group game against Sweden — a surprise 2-0 defeat — were rocked by team rows in the build-up to the match, which harked back to their miserable 2010 World Cup campaign under Raymond Domenech.

Current coach Laurent Blanc made four changes to stiffen up their defence but the tactic was blown apart when Andres Iniesta fed the overlapping Alba for the opening goal. The Valencia man chipped to the far post and the unmarked Alonso fooled Manchester City’s Gael Clichy and goalkeeper Hugo Lloris to head into the net.