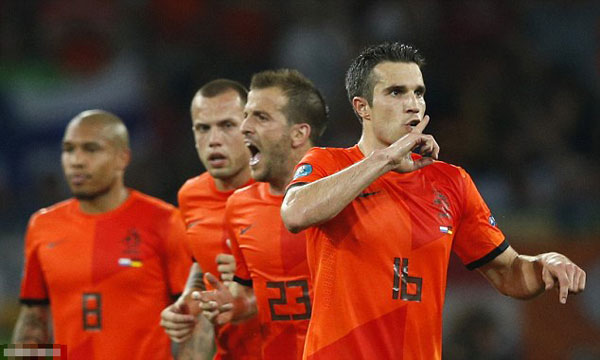 Shhhh: Van Persie celebrates his strike - but it could not help Holland salvage a point

Once again Gomez was the executioner as he ran on to another pass from Schweinsteiger, this time down the right channel.

Hardly pausing, he whipped a fierce shot across a keeper who seemed to go down too early and watched the ball hit the far corner of the net.

As much as Holland had been wasteful, Germany had been impressively clinical. By half time they looked unstoppable and they would have won at a canter had Stekelenburg not made a double save from Mats Hummels as the defender eased through an enormous hole in the Dutch rearguard.