This game may well be billed as a tale of two centre forwards. In truth, however, the difference between these teams was more profound than that.

Certainly Germany’s hulking striker Mario Gomez was as spectacularly efficient as Holland’s Robin van Persie was cowed, nervous and wasteful. Gomez’s two goals at the Metalist Stadium were memorable while Van Persie once again appeared a shadow of his real self until he scored a very good goal that came rather too late.

Nevertheless, what was expected to be one of the games of the group stages between two European giants turned out to be a mismatch. Not until Holland were suddenly buoyed by Van Persie’s late strike did they ever appear to be the Germans’ equal. 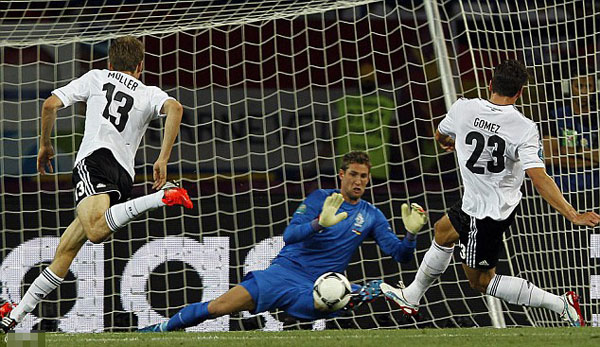