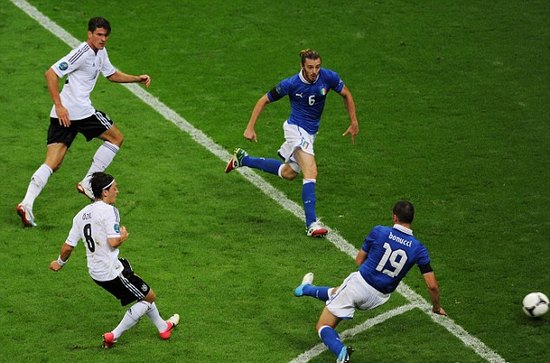 Solid defence: Germany were thwarted by the Italians

He celebrated last night, though, stripping his shirt off and standing, muscles taut, in
defiance. He was booked, but what the hell. Here, at Euro 2012, he delivered, and at the end he hugged his adopted mother Silvia in the crowd.

‘Us and Spain are the two best teams in the tournament,’ he said afterwards. ‘Can we win?
I’ll tell you on Sunday.’