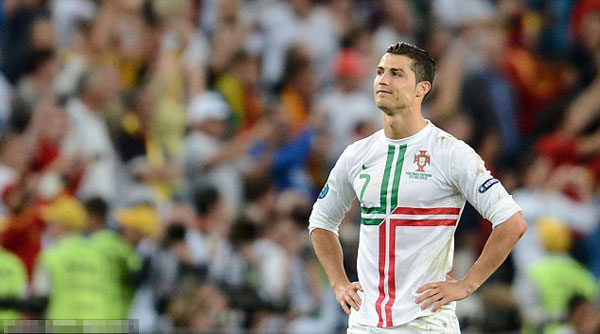 Tough to take: Ronaldo reflects on a penalty defeat to Spain

UEFA confirmed to Sportsmail that there is no set order given to the match referee before a shoot-out starts, meaning that Ronaldo could have taken the fourth kick had he wished.

He added ‘Penalties are a lottery and Spain were lucky. I congratulate them. During the game everyone was evenly matched and we must be proud of what we have done.

‘We go out with our head held high.

‘Those who took pens did well. You can take the second, the third or the fifth. It doesn’t matter.’

Spain now head to Kiev for Sunday’s final with the prospect of an unprecedented third successive tournament win in sight.