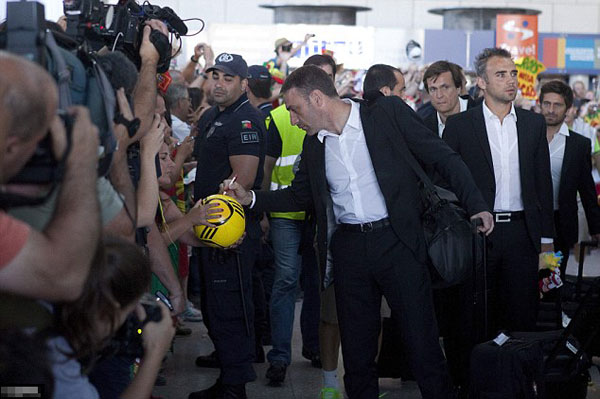 Ronaldo’s exit from this tournament was particularly sad, given the way that he had guided his team to the last four with some superb individual performances. Having held Spain to a 0-0 score line after 120 minutes, Portugal perhaps thought they had done the hard work prior to the shoot-out.

‘I think we were the best team and that Spain were a bit lucky,’ said Manchester United winger Nani.

Nevertheless what has not yet been explained by anybody in the Portugal camp is why Ronaldo wasn’t promoted up the order of penalty takers once it became clear that the shoot-out may not last the distance.

Nani, for example, had already jumped ahead of Bruno Alves as the big defender appeared set to take penalty No 3, pulling him back as he began to walk towards the spot.