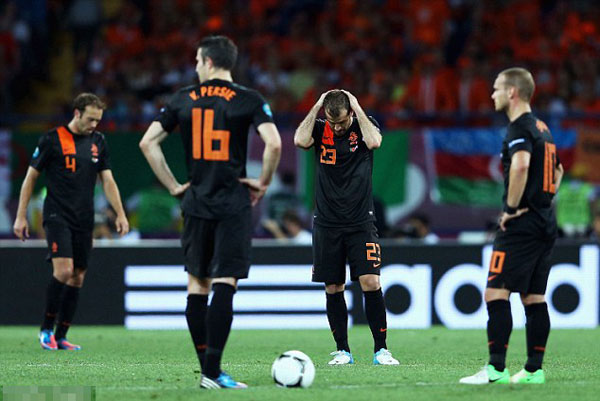 'The players who usually make a difference for us didn't reach that level. Things can change very fast - Ronaldo took a lot of criticism after the first two games here but tonight he was decisive.'

Van Marwijk defended his Holland's performance at Euro 2012, even though one of the pre-tournament favourites finished with three defeats.

'It's the same side as two years ago (when Holland reached the World Cup final) apart from a couple of positions. We tried to make the team faster and younger and better,' he said.

'I knew it wasn't going to be easy repeating what we did two years ago. Everything has to fall into place but that didn't happen from the first game onwards.'