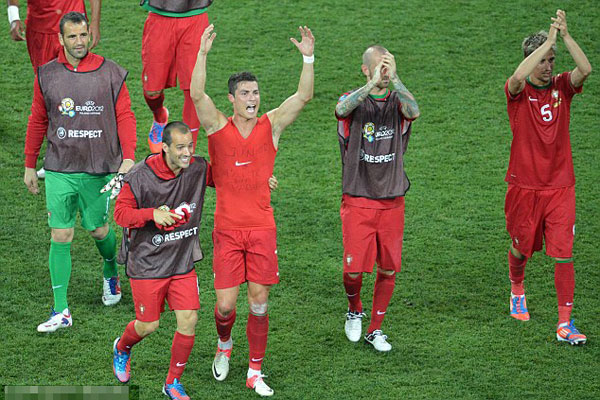 Portugal trailed to a fine 11th-minute strike from Rafael van de Vaart, but thereafter they dominated an attacking Dutch side that was over-run in midfield.

'We don't claim to be favourites against the Czech Republic and it won't be easy against them,' said Bento.

'They've shown they have the ability to turn a game and now we must continue our work and the quality we have shown so far. Maybe then we can even reach the semi-finals.'

Holland coach Bert van Marwijk admitted his big names failed to deliver as the Dutch finished Group B without a single point.

'We played well to make it 1-0, but we made an individual error and Portugal got back into the game. That caused uncertainty in the team,' said Van Marwijk.