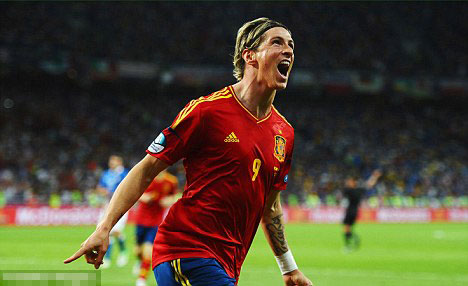 On top of the world: Fernando Torres scores for Spain

A great deal of credit has to go to Del Bosque for gelling the squad. The Real Madrid and Barcelona players were at each others’ throats all season but he managed somehow to get them to work together.

Another criticism levelled was that Spain have been playing without a traditional striker. When you have a system like Spain’s, the opposition defenders hate it. The centre halves don’t know who to mark and that makes them uneasy. In contrast, Spain’s defenders had no problems with Mario Balotelli and Antonio Cassano because they knew who to focus on.