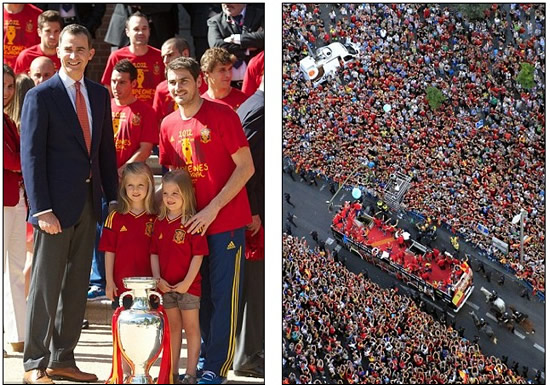 King of Cups: Prince Felipe, Princess Leonor and Princess Sofia gave the personal touch to the celebrations, while Iker Casillas and the rest of his squad were later swamped by the public

Captain Iker Casillas and manager Vicente del Bosque proudly paraded the trophy as they stepped off their flight at Barajas airport.

From there it was on to a welcome party with Spanish King Juan Carlos at La Zarzuela Palace before they took to the streets in an open top bus celebration.

Fernando Torres believes Spain have established the yardstick by which future international success will now be measured.