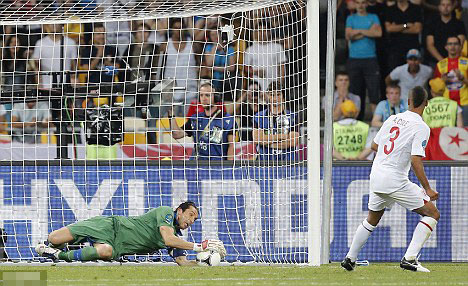 Much like former defender Southgate against Germany 16 years ago, the current international pair both missed in Sunday's defeat to Italy, Young hitting the bar, and Cole seeing his saved.

Both have since jetted off on holiday but could be tempted back to Britain with Pizza Hut hoping to convince them of starring in their latest promotion.

In the last advert, Southgate was shown with a brown paper bag over his head in a restaurant with Stuart Pearce and Chris Waddle, themselves guilty of shootout shockers in 1990.

Pizza Hut want football fans - and fans of the original advert - to launch the campaign on Twitter, using the hashtag #PizzaHutAshleys.