It was one the most iconic adverts of the 1990s, helping England fans to at least laugh at the heartache the football team had suffered at Euro 96.

And now, with yet another penalty shootout exit haunting the nation, Pizza Hut are campaigning to get the two Ashleys, Cole and Young, to star in a remake of their famous Gareth Southgate ad.

Scroll down to see Southgate's famous TV debut from 1996 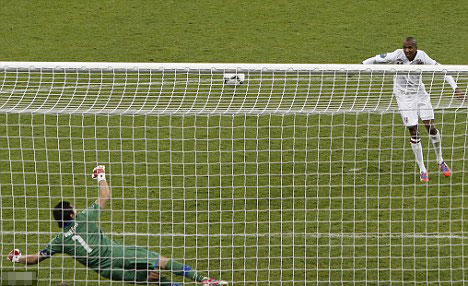 Spot of bother: Both Ashley Young and Ashley Cole missed their penalties in the shootout as England went out of Euro 2012 at the quarter-finals to Italy