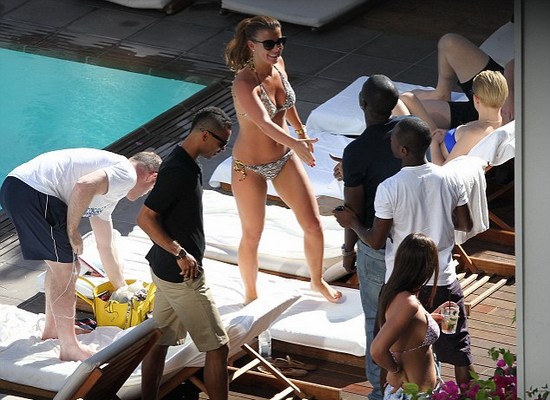 Nice to meet you: Wayne and Coleen both greeted the man the footballers were with with a handshake

While he was in there a fan approached the Manchester united star and requested a photograph.

Rooney obliged and a girl snapped a picture of the boy from her sun lounger.

Coleen was seen playing with her iPAD as she lay down relaxing.