It can't have been an easy week for Wayne Rooney since England dropped out of Euro 2012 after losing to Italy in the quarter-finals.

And it seems that his Coleen has been doing her best to distract her husband from the remainder of the tournament.

The couple were spotted out sightseeing in LA today- during the Euro tournament semi final between Italy and Germany. 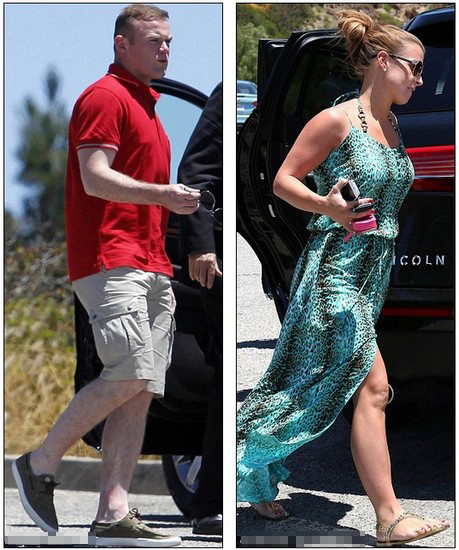 Welcome distraction: Wayne and Coleen Rooney were spotted out sightseeing in LA today- during the Euro tournament semi final between Italy and Germany

No doubt they checked up on the 2-1 outcome, but it seems watching the match would have been a little too painful for the footballer.

Coleen, 26, looked pretty in a turquoise leopard print dress as she accompanied Wayne to see the Hollywood sign.

She wore her hair pulled off her face in a bun, and sensibly chose comfortable flip flops to walk in.