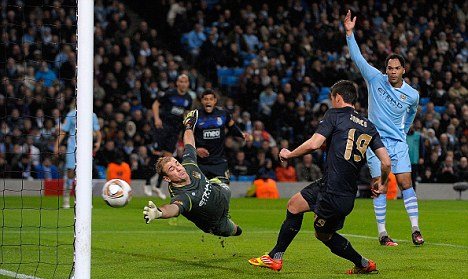 Expensive: Rodriguez has a buy-out clause of £40million in his contract with the Portuguese giants

Porto are determined to hold out for the full amount and have turned down a £30million offer from United, according to reports in Portugal.

United have been strongly linked with Rodriguez ever since doubts were raised about Nani’s Old Trafford future, but it is understood Ferguson wants to sign him, regardless of whether the Portugal winger stays.

With Porto showing little interest in a player-exchange deal, despite claims that midfielder Anderson could be used as a makeweight, United will have to dig deep for the left-footed Colombian, who can operate on either flank or as a striker.