Manchester United have stepped up their pursuit of James Rodriguez amid reports of a £30million-plus bid for the 20-year old winger being rejected by Porto.

After having him watched repeatedly last season, United manager Sir Alex Ferguson has made the Porto prospect one of his top summer targets and registered his interest with the Primeira League champions. 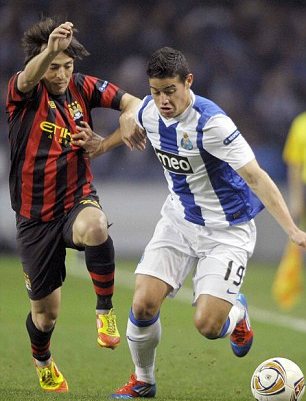 Sportsmail revealed last week that Rodriguez would not come cheap after he agreed to a £40million buy-out clause being included in the five-year contract he signed last summer.