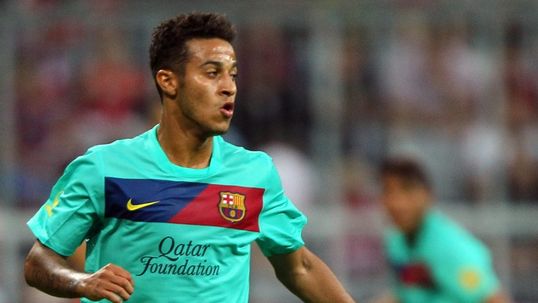 Spain and Barcelona playmaker Thiago Alcantara will miss the Olympics due to injury, his club have announced.

Thiago was this week named in Spain's provisional 22-man squad for the Games - later to be reduced to 18 - but the 21-year-old is still recovering from a tibia injury and will not be fit in time for London, according to Barca.

A Barca statement read: "Tests were conducted today [Thursday] to access the state of Thiago Alcantara's tibia injury. The results confirm that the injury has not been overcome and that the player will have to continue his recovery process over the coming weeks, therefore he will not receive the medical all-clear before the Olympics in London."

Thiago, the son of 1994 Brazilian World Cup winner Mazinho, helped Spain win the Under-21 European Championship last year before being handed his senior debut in August.