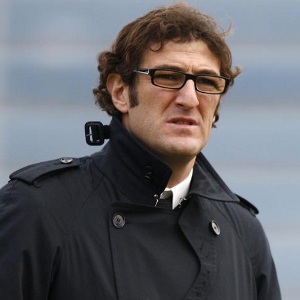 Italy Under-21 coach Ciro Ferrara will be the new Sampdoria manager next season, the Serie A club said on Monday.

Speculation had grown in the Italian media that Ferrara, a former Napoli and Juventus defender, was favourite to take the job after former Liverpool and Inter Milan coach Rafa Benitez turned down an offer from the newly promoted Genoa club.

"The news has been in the air for hours, and now it is official: Ciro Ferrara will be the new coach of Sampdoria," the club announced on their official website.

"The agreement with the coach will be ratified over the next few days."

Capped 49 times for Italy, Ferrara won the Serie A title seven times as player, twice with Napoli and five times with Juventus, where he also won the Champions League.

Having been part of the technical staff for the Italian national team, he endured a tough time in charge of Juventus and was sacked after less than a season in charge in 2010.

Since then, he's enjoyed an impressive run with the Italy Under-21 side, unbeaten in qualifiers for the 2013 European Under-21 Championship.

Ferrara, 45, will replace Giuseppe Iachini, who arrived at the club in November 2011 and led them back up to Serie A after one season, via the playoffs.