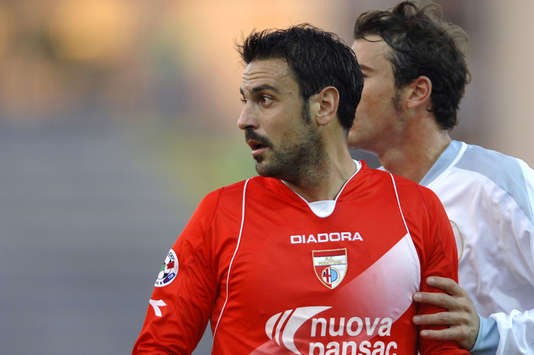 Stefano Fiore feels that while Cesare Prandelli contributed to Italy's 4-0 defeat at the hands of Spain in the final of Euro 2012 with some poor decision-making, the Azzurri would have lost the game no matter what their coach had done in terms of tactics and team selection.

The former Fiorentina boss has been criticised by the national press over the fact that fitness doubts Giorgio Chiellini and Thiago Motta were both forced off injured during the tournament decider, with the latter's exit coming less than five minutes after he had entered the fray as his country's third and final substitute.

The question has also been raised as to why Prandelli did not consider reverting to 3-5-2, given the formation had worked so well in Italy's 1-1 draw with Spain in their Group C opener three weeks previously. Fiore, who represented the Azzurri at Euro 2000, feels that mistakes were made, but is unwilling to attach too much importance to them.

"Probably with a different handling of guys available, and a different starting formation, the deficit would have been different," the former Lazio man told Goal.com. "But the truth is that they were strikingly superior, not only to Italy but to every other team at the Euros.

"In retrospect, maybe it would have been better had certain choices not been made, but we cannot say anything about Spain's victory.

"In truth, there's not much to say: the result was clear cut in terms of the final scoreline and how the game went. We have little to complain about.

"Certainly, losing a final is always painful, but perhaps it is better to lose 4-0. To lose was an incredible disappointment, but today we can say that Italy was never in the game."

Fiore suspects that Prandelli might have allowed complacency to have got the better of him after the stirring semi-final success over Germany, arguing that the coach did not concern himself enough about nullifying the threat posed by La Roja.

"Spain are definitely a bit like Barcelona: they have a tried-and-trusted game and it is difficult to counteract," the 37-year-old mused. "You have to make some adjustments.

"Perhaps Prandelli, coming off two very good games, particularly the one against Germany, did not feel the need to change the Azzurri's tactics.

"But Spain have a different game from everyone else, so there should have been a few alterations, in terms of players and the tactical approach."

Looking ahead to the future, Fiore believes that there is a need to add a couple of youngsters to the panel. However, he sees no reason to ditch veteran regista Andrea Pirlo.

"He remains among the absolute elite; he is certainly the best in his position in Italy," the 38-times capped trequartista argued.

"He has shown incredible resourcefulness, but he cannot always make the difference. For the future, Italy need other champions to assist the old guard.

"The problem was that Spain have several Pirlos and even if one of them doesn't play, there are others who can replace him.

"But I think this group will be retained almost in its entirety. I believe that there is a great desire for revenge on behalf of all of those involved after the 4-0 loss.

"More than anything else, though, we will need the coach to put a player behind each and every starter, thus creating a group in which all of the players are more or less interchangeable because they are all at the same level.

"We need to blood some youngsters, while other members of this group will probably mature well over the next couple of years."