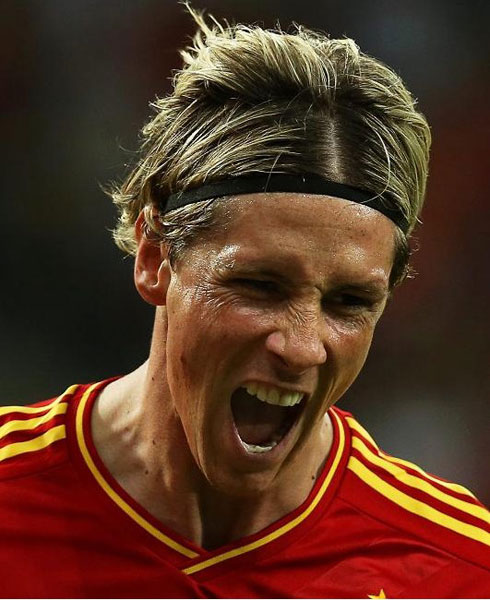 FERNANDO TORRES hailed Spain as the greatest team in history and warned: We’ll carry on winning for years.

Spain became the first country to triumph at three successive tournaments as they destroyed Italy 4-0 in Sunday’s Euro 2012 final.

Chelsea striker Torres, 28, said: “The numbers say this is the best team in history and luckily we are not finished yet.

“Of course we want more. When you win you want more. If you see the age of the team, the players that maybe didn’t have many minutes at the Euros because they are younger will be important in the future.

“Most of the players are still very young and I can tell you we have so much left ahead of us. We have a lot of ambition and targets.

“We are going to enjoy this victory but our heads are already turned to the Confederations Cup and the World Cup. I hope the majority of this squad can be there.

“It has not been easy. To win three consecutive major tournaments had never happened before, so we have to appreciate the magnitude of the achievement.”

Golden Boot winner Torres made history by scoring against Italy and becoming the first player to net in two Euro finals after firing the 2008 winner against Germany.

He added: “To play in a team like this gives you the chance to make history. We have won two Euros now and I am so proud, joyous and happy.

“It was impressive to see Iker Casillas lift the cup again. The first time we won it was the best feeling of my life.

“To see him do it again we felt the same emotions again, the joy is the same and the tears of joy are the same.”