La Roja became the first international side to win three successive major tournaments thanks to their 4-0 win over Italy, the biggest final win in European Championship history. 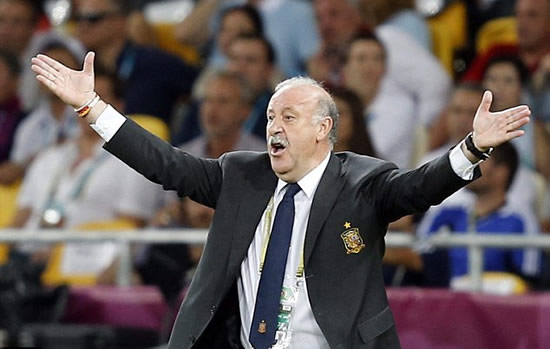 And once Thiago Motta had gone off with a hamstring injury just four minutes after his introduction, Italy were forced to play the final half hour with 10 men.

That allowed Spain to really rub it in as Fernando Torres added a third before setting up Chelsea team-mate Juan Mata to wrap up an incredible win.

'It's true we were lucky enough to play a great match,' said Del Bosque. 'Everything worked for us.

'It was an extraordinary performance against a difficult opponent.'

The manner of the triumph was the perfect answer to a growing number of critics, who have labelled Spain boring.