Former Liverpool midfielder Jamie Redknapp has compared the current Spanish squad to the Brazilian team that won the 1970 World Cup. 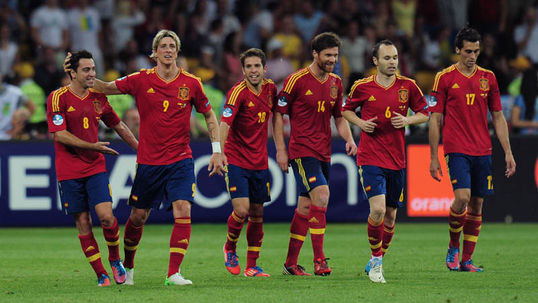 Despite many predicting their Italian opponents to give them a tough fight in the Euro 2012 finals, it was Spain who strolled to the podium after out-passing Cesare Prandelli's men to record a 4-0 victory.

Calling on his years of midfield experience, Redknapp raved about the intricate touches displayed by the Spaniards, pointing out how these seemingly unimportant movements were the key to the team's domination in possession.

With their triumph at Euro 2012, La Roja have now made history by becoming the first team to win three back-to-back major international tournaments. Redknapp believes Spain have earned themselves a place alongside the star-studded Brazil squad that won the 1970 World Cup.

"Touch, pass, balance and a group of footballers who trust each other with the football. This is a team who deserve to be compared with the magical Brazil side of 1970." he stated.

"And to think Spain did it without record scorer David Villa, who would have played if fit. So it is not the death of the centre forward."