Arsenal manager Arsene Wenger insists he has no intention of replacing Laurent Blanc as the new France manager.

The Gunners boss has been linked with the job after Blanc stepped down following a disappointing Euro 2012 campaign.

Les Bleus drew with England before beating Sweden and losing to Ukraine in the group stages. 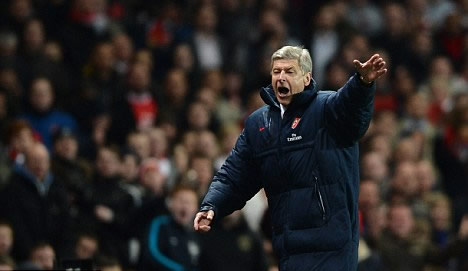 Staying put: Arsene Wenger has no plans to leave Arsenal for France

They were knocked out by Spain in the quarter-finals which led to Blanc stepping down after two years in charge.

'There are a lot of names,' Wenger told Telefoot.

'But me, I will be very busy with Arsenal where my contract still runs for two years.'