Spain are 90 minutes away from making history - and some people say they are boring. They may not have hit the heights they did in winning Euro 2008 or the World Cup two years ago but I'd love England to pass the ball like them. To dominate possession, keep clean sheets and win trophies would be music to my ears.

Some of the criticism has been aimed at Spain because manager Vicente del Bosque has often started without a recognised striker, a tactic he is likely to use again in the final against Italy. 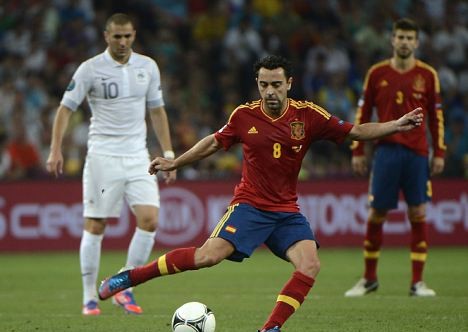 But that doesn't mean other teams are going to try the same. England's current team couldn't play like that, nor could any other side apart from Barcelona – not even Brazil.

Spain are the only international side that keep the ball well enough for it to work. They are able to build from the back, rarely hit passes longer than 15 yards and move up the pitch together. But all you need is one or two weak links, a player in the chain who isn't comfortable on the ball, and it breaks down.

Spain are technically good from 1-11 so their way of playing works. Having said all that, tonight's final is not a formality – far from it. Spain have not created the chances their possession deserved. They aren't like Barcelona, who regularly finish teams off with four or five goals. Italy will be a stern test for them.

Their coach, Cesare Prandelli, has been very astute in this tournament, switching formations from 3-5-2 to a midfield diamond. It's all based around Andrea Pirlo. A flat 4-4-2 wouldn't suit him, so Prandelli doesn't play it.