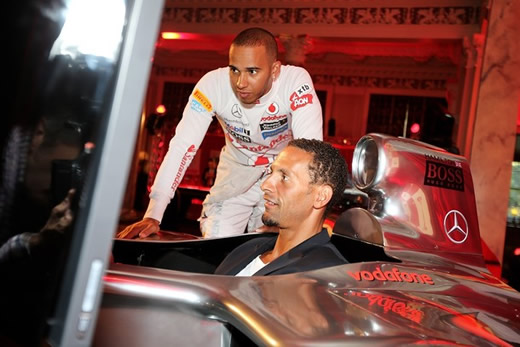 Rio Ferdinand is hoping some of England's young stars can step up and take the country forward for the 2014 World Cup in Brazil.

Speaking to Sky Sports NewsHD, Ferdinand - who was not selected for Euro 2012 - admitted his disappointment at seeing them go out at the quarter-final stage.

However, he is hopeful that the likes of Danny Welbeck and Alex Oxlade-Chamberlain can help drive England on.

"Expectations for the country for the first time in years were low, so the pressure eased off the lads in terms of expecting to win the tournament," he told Sky Sports.

"As a fan you want them to go as far as possible so it was unfortunate.

"The manager now has two years and hopefully we can improve but you can see positives in the likes of Danny Welbeck and Alex Oxlade-Chamberlain.

"I think it is about young players who will be introduced and it will be good to see them go on and have responsibility in the team."