The Mannschaft coach says that despite their Euros exit, his current crop of players have the ability to succeed at the highest level, and no major changes will be made 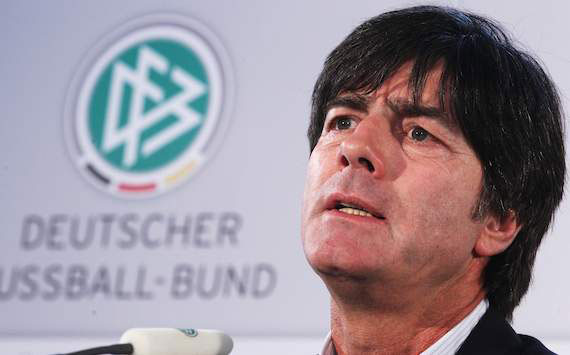 Germany coach Joachim Low has promised to stay the course and help his young team grow following their exit from Euro 2012.

The 52-year-old praised his side's overall performance in Poland-Ukraine , saying their record in the tournament up until the semi-final showed how good they were, and that there will be no witch-hunt to attribute blame for the 2-1 loss to Italy in the last four.

Young players such as Marco Reus and Mario Gotze  played bit-part roles in the championship, but Low believes they have the potential to integrate with the team in future as he assured that there will be no drastic changes in the dressing room.

"There is absolutely no reason to question everything now," Low told reporters. "There will be no major personnel overhaul. We have, after all, a very young team, and the youngest team in the tournament

"We won all our games in a tough group. The team will stomach this defeat and continue to develop.

"Clearly we are all disappointed but the players have showed their spirit and for us, overall, it was a good tournament.

"There were several young players who came into the team at the Euros like Marco Reus. Others such as Mario Gotze also have great prospects.

Germany FA president Wolfgang Niersbach praised the 52-year-old coach, and emphasised that the current youthful squad have yet to achieve their full potential.

"Joachim, you have done a superb job and we are extremely happy to have you as our coach," he said in an early morning address at the team hotel.

"The path of this team is far from over, but it is a young team overflowing with talent."