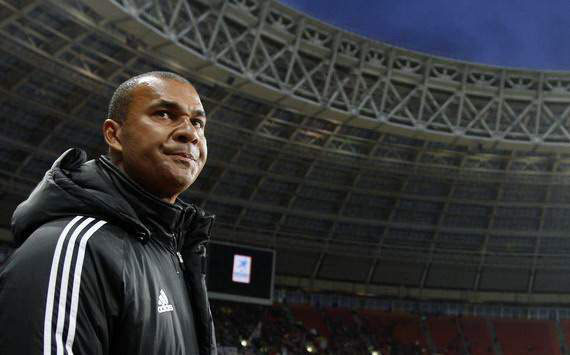 Ruud Gullit feels that he is the right man to guide Netherlands to success again after their disastrous Euro 2012 campaign.

Bert van Marwijk opted to resign as Oranje coach in the wake of the European Championship in Poland-Ukraine, and Gullit is reportedly among the candidates to take over the helm on the Dutch bench.

The former AC Milan star did not shy away from playing up his credentials, although he insisted that there has not been any contact yet from the Dutch Football Association (KNVB).

"I know that I have the qualities to replace Van Marwijk as national team coach. I have often lost as coach, but people tend to forget that I won a lot as well, both as player and as coach," Gullit said to Voetbal International.

"There's nothing concrete at this point. The KNVB has never approached me. It would be a huge honour, though."

Gullit, 49, has been out of work ever since he was sacked by Russian club Terek Grozny in June 2011 just six months into his tenure.