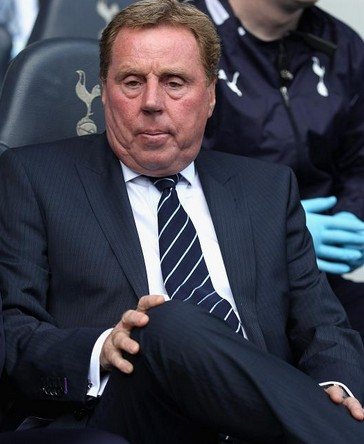 IN A STU ... but Redknapp respects Pearce for making a big decision over Becks

STUART PEARCE can kiss goodbye to being ‘Sir Psycho’ after his David Beckham snub.

That is the view of Harry Redknapp, who believes the Team GB boss will be tarnished for leaving Becks out of his Olympic squad.

SunSport columnist Redknapp said: “There is no doubt Stuart will have upset a few in high places.

“They would have loved to see Becks in there. I am surprised and sad that he isn’t.

“Stuart can kiss goodbye to a knighthood but credit for being brave.

“He is the manager and should be allowed to pick who he wants.

“David is a great credit to the country. You could not wish for a better role model.”

Welshmen Ryan Giggs and Craig Bellamy plus England’s Micah Richards are the three players over the age of 21 in the 23-man party.

“In the end he’s gone for Richards who couldn’t get in the England squad.

“I’m surprised there isn’t a player from each home nation.

“His biggest problem is sudden ‘injuries’ — I wouldn’t be surprised if clubs get to their players and they develop strange knocks that stop them competing.”