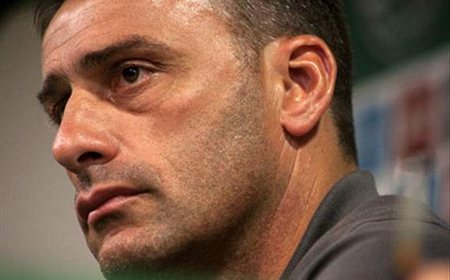 Portugal coach Paulo Bento insists his side will not fall into the same trap as France by retreating into their shells when they face reigning champions Spain in their Euro 2012 semi-final on Wednesday.

Les Bleus boss Laurent Blanc made radical changes to his starting line-up ahead of last week’s quarter-final in an attempt to upset Spain’s rhythm and knock them out of their usual assured stride.

However, it was a plan that backfired and Bento is adamant he will stay true to the attacking beliefs which have put Portugal on the brink of reaching only the second major final in their history.

He said: “Our aim is not to defend all of the time. We can’t do this against the reigning world and European champions. We are aware it will be difficult but they know we can pose a lot of problems for them.

“It is easy to get motivated because we have reached a semi-final in a way that was very good both in the qualification phase and group phase and then against the Czechs.

“This is the third semi-final we play in recent times and we have a great and beautiful opportunity. We are confident and this is why we work so hard to get to this situation. We have no anxiety. We are aware of our responsibility to our people.”

Although Portugal beat Spain in their most recent encounter, a convincing 4-0 friendly victory in Lisbon shortly after La Roja had lifted the 2010 World Cup, the Seleccao have never defeated their near neighbours on foreign soil.

Bento dismissed the notion Portugal may hold a psychological advantage as a result of that match, but insisted his charges are perfectly placed to create history.

He said: “We have identity and we have a chance to reach our second final and create history. That’s why I have confidence in the work of all of the players in of our squad.

“It is normal when time passes that there are certain developments and evolutions in every team. We have succeeded in improving in lots of things but the friendly game two years ago cannot be a reference for what happens on Wednesday.

“We are talking about the semi-final of Euro 2012 and everybody on both teams has shown great efforts to get here. That’s why we don’t look at the past. It doesn’t matter if we won 4-0 we have to do our best in the next game and we are convinced in the fact we have great potential and quality and that’s why we can reach our great aim.”