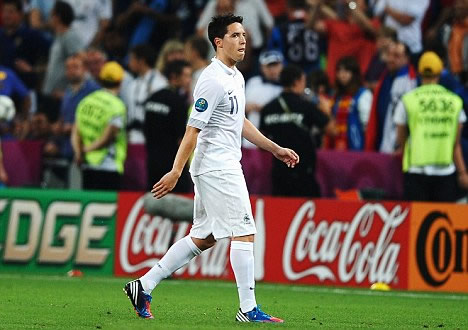 Over and out: Nasri launched a foul-mouthed rant at a reporter

He told French radio station RMC: 'I will ask the journalist to meet with me, but this is intolerable.

'I understand that there are negative reactions. Samir is on the edge, he wants to do well, but he cannot control his impulses.