The Spanish defensive midfielder has vowed to help La Roja to Euro 2012 triumph and to dedicate their success to his former team-mate, who passed away on Sunday 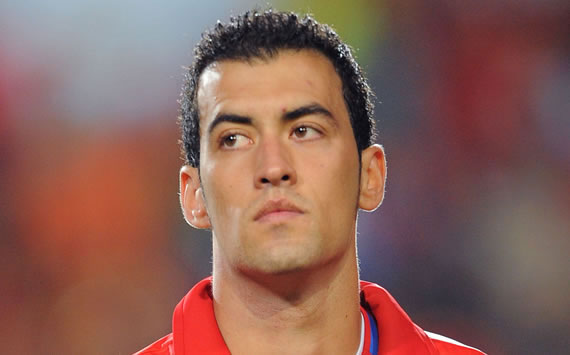 The Real Betis defender died at the age of 23 on June 24 following a year-long battle with pelvic cancer.

The former Spain Under-19 international signed for Rafa Benitez’s Liverpool in 2005 and experienced loan spells at Oldham Athletic, Xerez and Cartagena. Prior to his move to Anfield, Roque played alongside Busquets at their local Catalan club Lleida.

And, in an open letter published by the Spanish Football Federation (RFEF), Busquets has paid tribute to his one-time colleague.

"After hearing the tragic news of the death of a team-mate, I wanted to give all my support and strength to the family and friends of Miki Roque," the Barcelona midfielder wrote.

"A great person has gone, a great sportsman, an example to everyone, but above all, a great team-mate, one with whom I shared many moments which I will never forget, has left us.

"After being left in a state of shock and realising how unfair life is, in these moments I have just one thought, to do everything possible to dedicate this triumph that we are all fighting for, to him."

Spain will face Portugal in the semi-finals of Euro 2012 on Wednesday at 20:45CET.