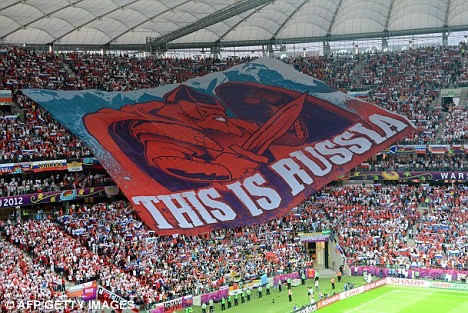 Provocative: Russia fans unfurled this banner in Warsaw on Russia Day during the 1-1 draw with Poland

Meanwhile, disciplinary proceedings were opened against the Portuguese Football Federation (FPF) today after a fan allegedly attempted a pitch invasion during their quarter-final win over the Czech Republic on Thursday.

UEFA's Control and Disciplinary Body will deal with the case on Monday.