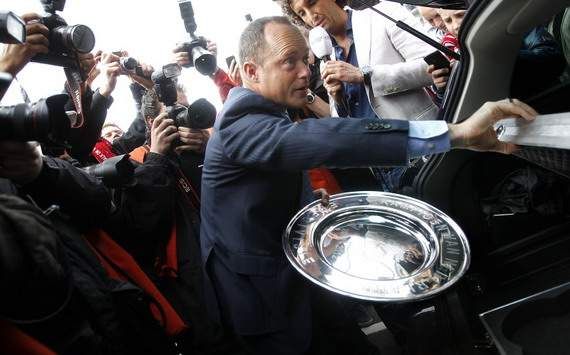 Netherlands lost all three of their group games in Poland and Ukraine, the first time in the country’s 107-year footballing history.

And Van Oostveen has called for an immediate evaluation of the international setup ahead of their World Cup qualification process.

“Zero points at the end of the group stage, I believe this never happened before,” Van Oostveen told ANP.

“We need to evaluate all those involved. You have to think about the coach, members of the technical staff and the technical manager. This has to happen quickly, because on August 15 we will play again. I expect things to be clear in mid-July. I will conduct the evaluation myself.”

There is much speculation over the future of head coach Van Marwijk, but Van Oostveen did not want to fuel the rumours, instead deciding to laud his merits.

“In the evaluation, we will take into account the fact that we finished second at the World Cup [in 2010]. Van Marwijk led the Dutch team to two excellent qualifications," he said.

However, one of the more immediate consequences of the Oranje’s failure at the European Championship are the expected low attendances for their national team games.

Van Oostveen concluded: “It will be harder to fill the stadiums now. That’s always difficult with bad results.”