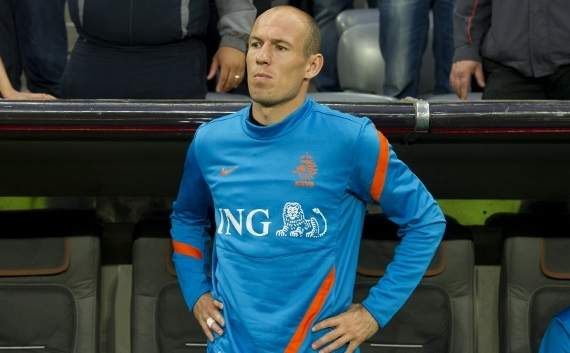 Netherlands winger Arjen Robben has blamed the Oranje's poor results at Euro 2012 on the "big egos" in dressing room.

he Dutch have no points coming into their final Group B game against Portugal and will need to win and hope that Joachim Low's side beat Denmark in order to progress.

And the 28-year-old expressed his belief that unity is the key to success, insisting that the squad has to pull together in order to make the next stage of the tournament.

"It's very difficult for us in this group, because there are just too many big egos. After the World Cup they may have become even bigger. That makes it hard for us," the attacker told the official KNVB website.

"If you want to accomplish something together, you have to put egos aside. You have to fight as a team to regain that sense of invincibility.

"I assume that the Germans will win. Several guys have told me so. Now it's important to put negative thoughts aside and fight for our last chance together."

Several reports of unrest have emerged from the Netherlands' camp, with Rafael van der Vaart said to be unhappy with team coach Bert van Marwijk over his role as a substitute at the tournament.

However, Robben insisted that such squabbles should be put aside for the good of the team, and that everyone should pull in the same direction.

"When you are out of the starting eleven, you are allowed to be angry and you can be angry. That is normal. As far is I'm concerned, you can talk to the manager, individually," he added.

"But when the game begins, you have to stick with the team. When there are still players that don't join that spirit, it's disturbing. You have to accept it or go home."