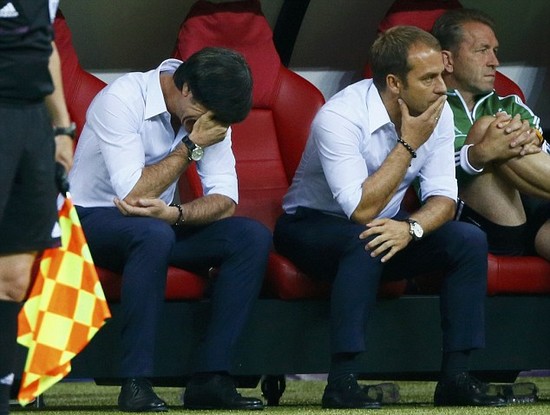 Despite reaching the past four for the fourth tournament running, they are still to end their wait for a trophy, which stretches back to Euro 96.

Although they were expected to provide a much stiffer test than England, in fact, it was easier for Italy, who ended Germany's 15-match winning streak in competitive matches.

'We've had two great years,' said Low. 'The team has really developed well. We won 15 games in a row but lost today against an incredibly strong Italian side, with a strong axis and two great strikers.

'There's no reason to doubt ourselves. Our team was the youngest team here. Even though there's disappointment today, we played a wonderful tournament and I am sure we will be able to cope with this defeat.'