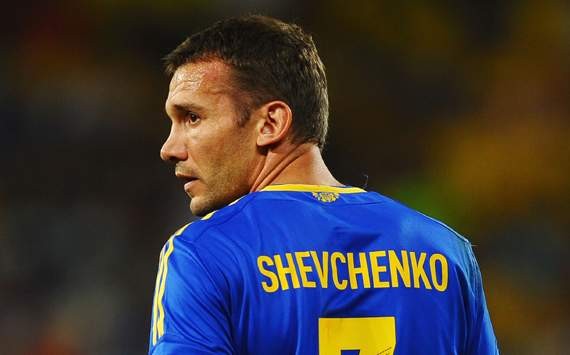 Andriy Shevchenko has stressed that Euro 2012 was a big success for Ukraine, regardless of the team's exit at the group stage.

Oleg Blokhin's side started the tournament with a win over Sweden thanks to a double from Shevchenko, but they eventually crashed out after losses to France and England.

"Euro 2012 was definitely a success for Ukraine. It was our first European Championship. Ukraine have won as a country, even though we didn't qualify for the quarter-finals," Shevchenko said to Kicker.

"We gave all 48 million inhabitants of Ukraine a feeling they never experienced before. It was a new feeling for the people, and I think it was something extraordinary for them. It was a very historic moment.

"The win over Sweden was much more than just a game of football. It really meant something to the country. Those goals were perhaps not the most important ones I ever scored, but no goals mean as much to me."

Shevchenko retired from international football after Euro 2012, and has yet to make a decision on his future at club level.