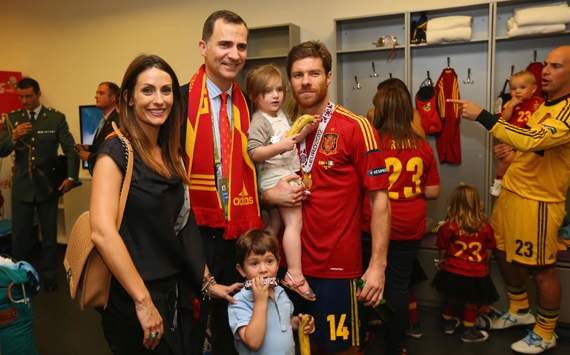 Xabi Alonso has revealed that the Spain squad were aware of the ‘boring’ label that had been attached to them by several sections of the media during Euro 2012.

The pre-match debate prior to the final against Italy has been dominated by allegations that the reigning world and European champions had become a tedious side to watch.

Coach Vicente del Bosque dismissed the negative comments and believed they played no role in motivating his team for what turned out to be a devastating performance during their dominant 4-0 win, but Alonso has confirmed that the criticisms were registered by the squad.

"We heard the criticism and we saw what was written," Alonso told Fifa’s official website.

"That happens. Now they will have a different opinion."

Spain comfortably eased past Cesare Prandelli's previously impressive side to reclaim the silverware as goals from David Silva, Jordi Alba, Fernando Torres and Juan Mata to register the highest-ever winning margin in a major tournament final.

But Alonso insists La Roja are not getting ahead of themselves, and will digest this success before turning attentions to a similar defence of their crown at the 2014 World Cup in Brazil.

"We don't feel we have an obligation to keep winning trophies,” he added.

“But we also knew what was expected of us. Maybe four years ago we enjoyed it more because it was the first time.

"Now it will take time for it to sink in. It is not the time to think about the future. We can do that in the months ahead. But it does not feel like the end of anything."