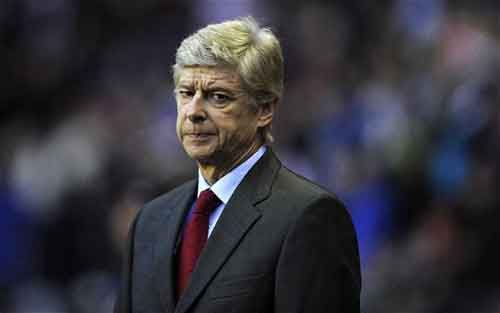 Blanc resigned following France's elimination from euro 2012 as his contract came to an end and according to a report on L'Equipe's website, Wenger was on the French Football Federation's shortlist along with Didier Deschamps.

Wenger was approached by FFF president, Noel Le Graet, but declined the offer as he still has two years to run on his contract at the Emirates.

"There are a lot of names," Wenger told Telefoot. "But me, I will be very busy with Arsenal where my contract still runs for two years."

Le Graet and his board are expected to release a statement on their search for a new manager and a number of disciplinary matters relating to players at the Euros later today.

Besides Wenger's rejection of the offer it is also believed that, despite his resignation at Marseilles yesterday, Deschamps is not interested in taking over the French national side.

The club released a statement yesterday which read: "Olympique de Marseilles and Didier Deschamps have finally decided by mutual agreement not to continue working for the 2012-2013 season.

"Olympique de Marseilles thank Didier Deschamps for his work for the team for three years and wish him good luck for the future.

"Didier Deschamps thanks Olympique de Marseilles for their support throughout these last three seasons."

Reports in France suggest that Deschamps does not want to betray Blanc by replacing him and, further to this, his contract with Marseilles prevents him from immediately signing with another side.