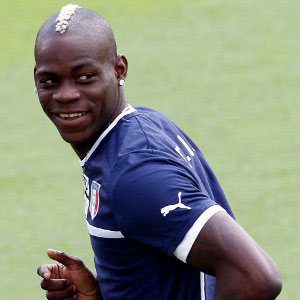 Italy striker Mario Balotelli was told he was to become a father hours before scoring twice against Germany in the semifinals of Uefa Euro 2012™, Italian media reported on Monday.

The Manchester City player's girlfriend Raffaella Fico told weekly celebrity gossip magazine “Chi: “"I called Mario while he was with the national team before the match with Germany and I said to him: 'remember our dream of becoming parents? Well that dream has become a reality. I'm expecting a baby. Your baby'.

“"He remained silent at first, then he let himself go: 'you've given me the best news in the world', he told me. Then the next day on the pitch he scored two goals," Fico was quoted as saying.

After beating Germany 2-1, Italy lost 4-0 to Spain in the final in Ukraine on Sunday.