As he stood tall, shirt off, torso rippling and the colour of his skin proudly exposed, Mario Balotelli seemed keen to make a point in Warsaw's National Stadium on Thursday.

Was it a riposte to the Gazzetta dello Sport cartoonist who had depicted him as King Kong prior to the England match? Was it a final, definitive answer to Italian fans who had racially insulted him and displayed banners saying 'No to a multi-ethnic national team' two years ago in a friendly match against Romania? 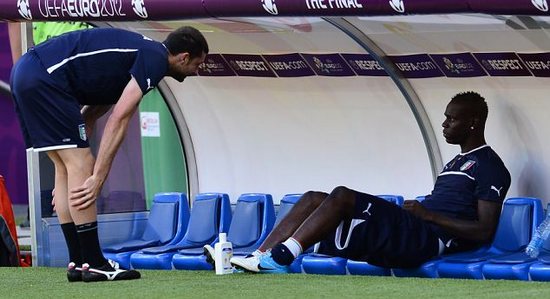