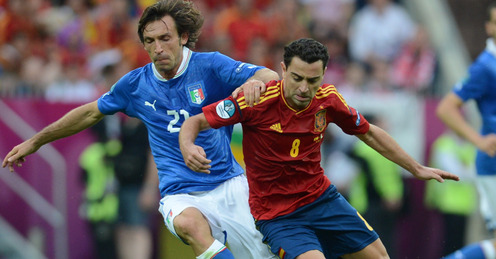 After 30 enthralling games which have yielded 72 goals, the winners of Euro 2012 will be crowned in Kiev's Olympic Stadium on Sunday night as Spain and Italy go head-to-head.

Spain, who lifted the World Cup in South Africa in 2010, are defending the title of European champions they claimed four years ago and can become the first nation to retain the Henri Delaunay Trophy.

Italy's last major tournament success came in the 2006 World Cup in Germany, a competition they have won four times, but they have secured European glory on just one previous occasion, back in 1968.

Sunday's showdown will be a repeat of the opening game of Group C in Gdansk on 10th June, when Antonio Di Natale stepped off the bench to give Italy the lead just after the hour mark only for Cesc Fabregas to grab a swift leveller for Vicente del Bosque's side.

The head-to-head record of the two nations makes for interesting reading, as from 30 meetings in both competitive and friendly action Italy have won 10, Spain eight, with 12 matches drawn.