The coaches of Italy and Spain, Cesare Prandelli and Vincente Del Bosque, have scoffed at the idea that reigning champions Spain are boring, ahead of the Euro 2012 final in Kiev.
Prandelli feels it is Spain who start favourites due to their amazing recent record. 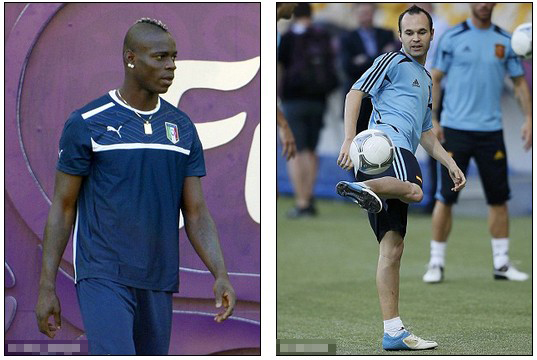 c
Raring to go: Italy's Mario Balotelli and Spain's Andres Iniesta in training for the final

'Spain are the best side in the world,' he said.

'They've shown that in the last few years by playing their own way and staying true to their footballing philosophy.

'We've always said they are the side to beat. It's not a case of them being boring. It's a fear of seeing the same side always winning and Spain always seem to come out on top.'