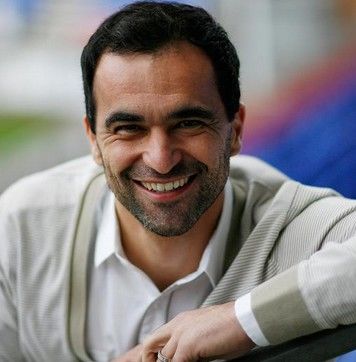 BORE WAR ... Martinez has hit back at critics who call Spain dull

ROBERTO MARTINEZ will not hear any criticism of Spain.

In fact, the Wigan boss believes that his home nation have a better team than the one which won Euro 2008.

The 2010 World Cup winners are attempting to win a third major competition in a row when they take on Italy in the final of Euro 2012 in Kiev tomorrow night.

But they have been branded BORING for the manner in which they have kept the ball without creating many chances.

Martinez simply laughs at the accusation.

He said: “The criticism shouldn’t be about Spain — it should be about the teams they play against.

“People don’t realise that it is all about stopping Spain. That’s a compliment to them.

“But if you look through history, the hardest habit in football is to win when you are expected to win.

“We have seen that with them over three tournaments. Once you get into a special status, the opposition can try anything they want to beat you.

The 0-0 draw against Portugal in the semi-final, which the Spanish won on penalties, was arguably the worst match of the tournament.

But Martinez reckons Spain were not in any danger.

He added: “Yes, in the semi-final, Portugal were a better side. But, even then, Spain never made the wrong decisions, they never left themselves exposed.

“They kept a fantastic shape and they gave themselves the chance to win. Portugal played as well as they can — and still lost.”

Undoubtedly, Spain had more of a cutting edge up front in 2008 and 2010 and now sometimes do not bother to field a recognised striker at all.

The injury to David Villa, which ruled him out of the tournament, and Fernando Torres’ lack of form has led to midfielder Cesc Fabregas being employed as the most advanced player on some occasions.

But Martinez added: “What you need to understand is that Spain has got a real strong philosophy.

“That philosophy is how they keep the ball. How they are patient, how they play from the back and expose teams, how they defend.