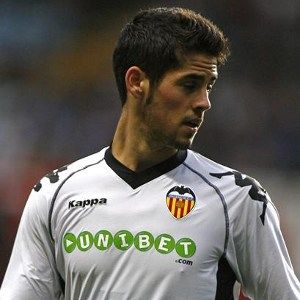 Barcelona have strengthened their defence and found a replacement for Eric Abidal by sealing an agreement with Valencia to sign Spain fullback Jordi Alba on a five-year contract, the La Liga club said on Thursday.

The deal is worth €14 million ($17.44 million) and is subject to the 23-year-old left back, a Barca youth academy graduate who is representing Spain at Euro 2012, passing a medical, the club said on their official Twitter feed.

Barca were in the market for a left-sided fullback after Abidal had a liver transplant earlier this year and it remains uncertain whether the France international will be able to make a return to action.

After some impressive displays for Valencia, the pacy Alba made his debut for Spain against Scotland in Alicante in October and has since made the left back position vacated by Joan Capdevila his own earning 10 caps.

Born in the same Catalan town as Barca keeper Victor Valdes, he started out in the club's youth ranks but was released and joined regional league side UE Cornella before Valencia snapped him up at the age of 17 for a bargain €6 000.

Roving down the wing, Alba uses his explosive pace to surge past his markers and deliver inviting crosses and he has been a big threat to Spain's opponents at the finals in Poland and Ukraine as they bid to retain their continental title.

He helped serve up one of the moments of the tournament in the 2-0 quarterfinal win against France when he burst into space and sent over a perfect cross for Xabi Alonso to head home Spain's opening goal.